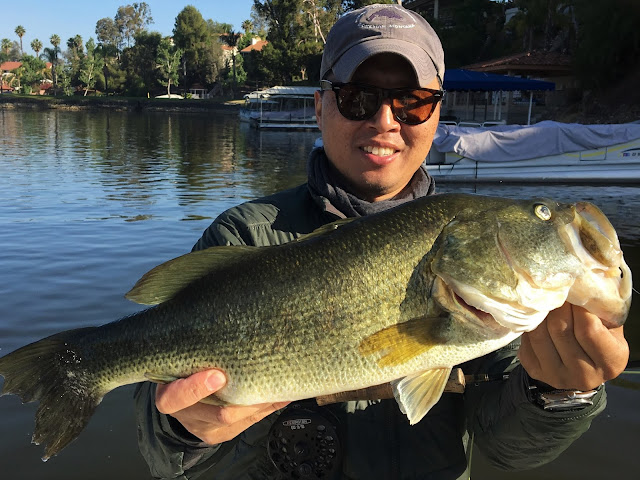 Went to bed around midnight with the alarm set at 2:15am.  Left the house at around 2:30 leaving me plenty of time to make it Luc's house by our scheduled 3:45 meet up time until I was slowed down by the Highway patrol traffic break.  It took at least 30 minutes just to get past the accident. A SUV rear ended a trailered boat totally both in the middle lane shutting down the 91 to one lane.  I managed to get past it and raced to Luc's place arriving only 5 minutes late.  Last week I tied an experimental slider fly and wanted to try it out.  It failed to produce this morning but in all fairness Luc wasn't having much success either so it may not have been the fly.  It was slow going and Luc was the first to get on a fish.  By his second fish I had to switch flies twice until I finally managed my first.  A dink at most one pound.  We would get blow ups here and there but none of any significant size.  Luc managed another fish before he quit for the day and handed me his rod to fish.  I'd get a blow ups here and there but over excitement got the better of me and pulled each rise out of their mouths.  Making our way back to the launch ramp, we fished a few sections we started at this morning and managed a big gulp.  A 3.5 pounder I managed to get to the boat until it came lose. A short drift I'd be on another bass this time we managed to get it to hand and after weighing it at 4 pounds it was released unharmed.  The day ended with a few more lost opportunities at smaller boils before making our way to the ramp. 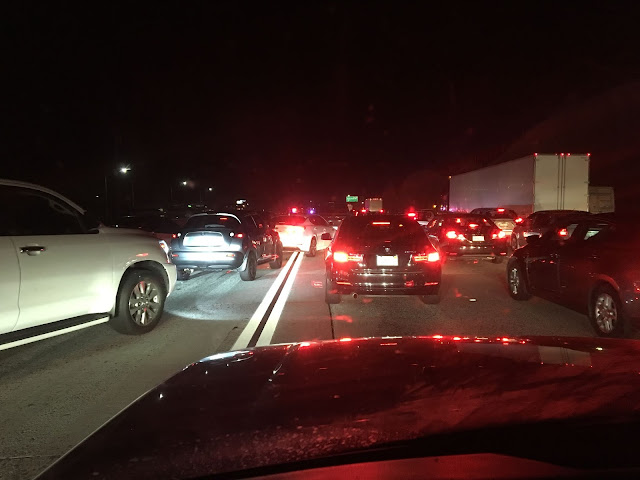 Posted by gourmetsportsman at 10:07 PM