Its been at least 6 or 7 years since I built a rod.  Actually its probably been longer than that but I have to get back on the saddle again.  First I have a Sage DS2 5wt that has never been completed.  I never completed it because this was the rod that was offered when I took the rod building class at Marriott's years ago.  Since I already had the factory rod in a 4 piece I never finished the project.  Chul offered to buy it the other day, I had told him I forgotten how to wrap it so I'd probably never finish it, even so I looked for it.  With the rod cloth covered in dust from sitting in the corner for years, I was surprised when I took it out that the rod was basically finished and all that was needed was to epoxy the wraps and the reel seat. 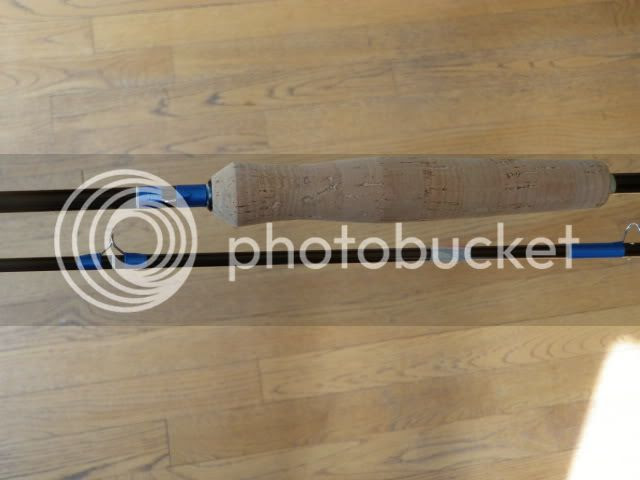 At that time I chose blue wraps with some grey trim on some of the outer wraps.  Once the epoxy cures on the wraps, the color will darken at least 4 or 5 times.  I imagine it will look close to black next to the brown graphite of the DS2.  If I were to redo this rod, and there is no way I would as I've basically forgotten how, I would have chose a different color.  I'm not sure how this color will end up looking like.  Hopefully it looks good because I ain't changing it, so Chul you'll just have to live with it.  Also if I had to redo it again I would have chose a different handle.  I was offered the one shown in the photo and a western grip.  Since the factory DS2 that I already had a western grip, I chose the other, which I believe, is a modified wells grip.  I think at the time I wanted it to be different from what was coming out of the factory. 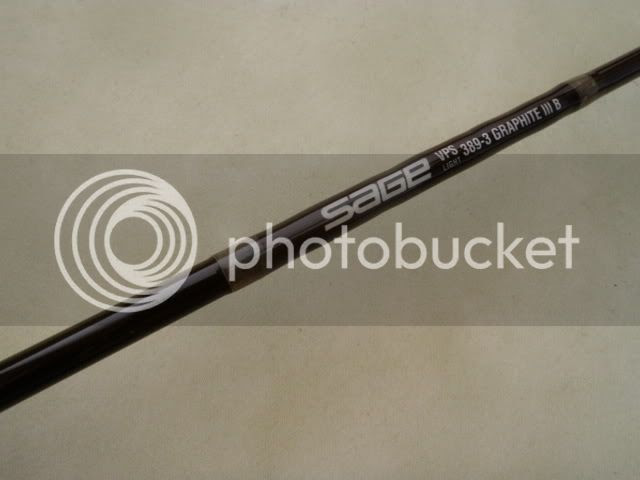 If I had to redo it I would have chose this wrap for it.  I believe it is tan which darkens quite nicely when you apply epoxy to it.  I think this color is much more suitable for the brown blank.  This is my Sage VPS light 389-3 B which I absolutely love.  One of the best casting rods I own.  I chose to build this one as I did not like what wraps and components that Sage was using, so I ordered a blank and built it myself. 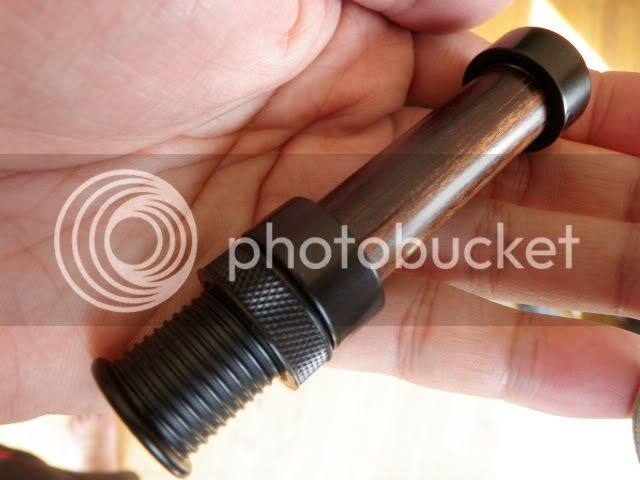 This is the reel seat that will be added to Chul's DS2.  Its the same as the one Sage used on their factory DS2 models.

I also have a Sage RPLXI-B 8wt that I busted the tip while surf fishing at the river jetty.  Sage sent me the replacement section years ago and I had wrapped it but had never finished it.  Its been sitting in my tying room for the last 8 years or so.  Since I'm finishing the DS2 I've finally decided to finally finish this rod while I'm at it.  Unfortunately not all the wraps have stayed on.  I have to redo at least three of them.  Having not done one in so long, I'm not sure if I even remember how, especially since this is a two color wrap. 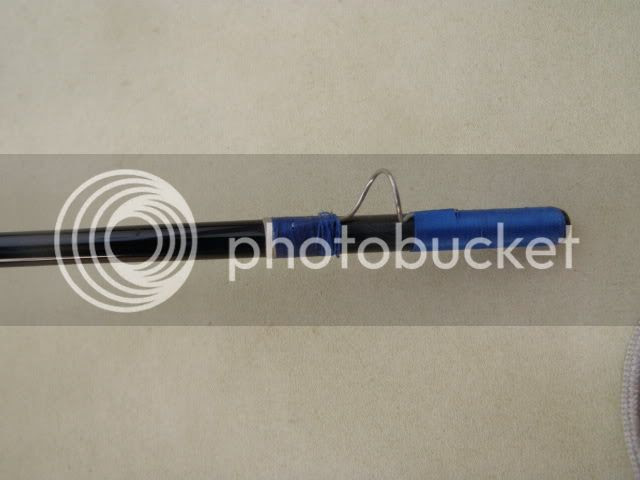 I better start looking at my notes and checking youtube because I haven't a clue.  I've completely forgotten. 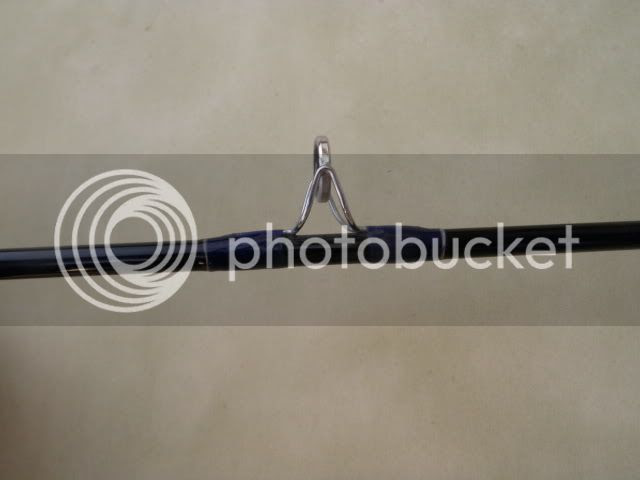 This is the other sections from the busted RPLXi rod.  It is the same blue wraps I used on the DS2.  You can see how considerably darker it is now.  It may actually look nice on the brown blank.  We'll see.

Posted by gourmetsportsman at 4:20 PM