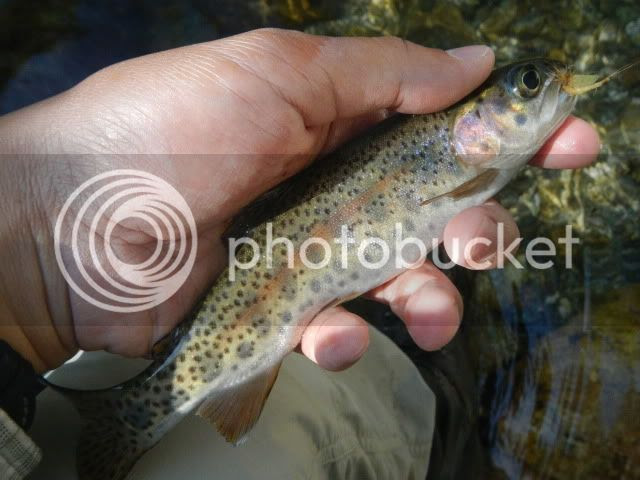 I had an itch to fish but with last weekends rain, I was a bit concerned about what it had done to our local waters.  I didn't care though, I needed to get my fix.  Chul and I discussed where we should head out.  With our last trip to Mission Viejo Lake a bust and the water greening up we decided that was not an option.  We figured on trout.  The mountains are white with snow and the weather heating up we decide to hit a small piece of water hoping that the runoff would not be too bad. 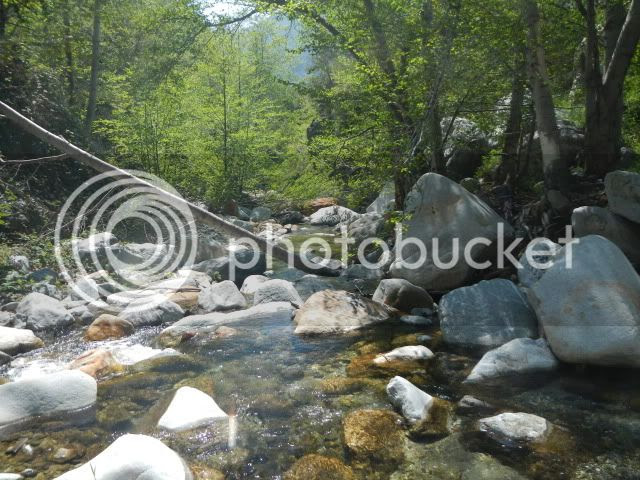 When we reached the water we noticed no considerable negative effect.  The water was gin clear and low.  The last time Chul fished here his truck was broken into (welcome to LA), and he lost his new Lamson reel among other goods.  So naturally he was rightfully concerned about his truck this time but more on that later.  We moved down into the gorge and Chul showed me mountain lilac, a flower that if you rub with water it lathers and makes a natural soap.  It's nice to know an arborist.  I can later use all the information that Chul tells me about flowers and trees to impress some chick when we go on a day hike.  It will make me look smart.  The fishing was good and caught several on the dry.  Chul fished a dry dropper set up and caught several subsurface.  I refuse to do it.  That's cheating.  If I want to fish nymphs I'll just go head up to the Sierras.  For me, our local waters are dry fly only.  I fished the usual stuff with success but I tried a few other flies to see if they would catch fish.  I tried a ice dubbed Harrop's Hairwing with midge Krystal flash tail and a TMC burned wing extended bodies mayfly.  Both did real well.  The fishing was good but no real big ones.  We tried Chul's usual holes that hold the bigger fish but none were there or none were taking.  We noticed alot of garbage stream side so the bait anglers may have been taking them home.

While heading out Chul found a dead brown trout in the water.  We were checking it out and I was about to just leave it and Chul suggested I take it to make a gyotaku print of it.  I didn't even think about that.  So I took out my ziplock bag I keep my TP and removed the contents and placed the fish in it and headed out of the gorge.  On the way out the rock climbers were still there and still alive.  My Simms Dry Creek waistpack basically disintegrated and the taped seams came apart just like my Simms wader bag a few years ago. Damn Simms this is what happens when you move production to China. Bring that shit back to Montana PLEASE!  If that wasn't bad enough, on the way out we saw some chump scoping Chul's truck trying to play it cool when we got there but we know he was checking for goods to steal.  Fucking shitbag.  I told Chul I'm buying a snubnose .38 for this place.

We met up with Chul's girlfriend for dinner and had some Portuguese cuisine which was my first time.  I had the special,  bife a portuguesa, which was quite good. 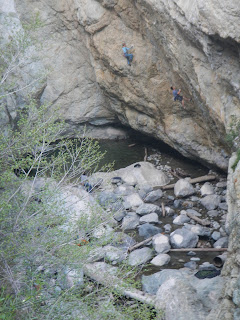 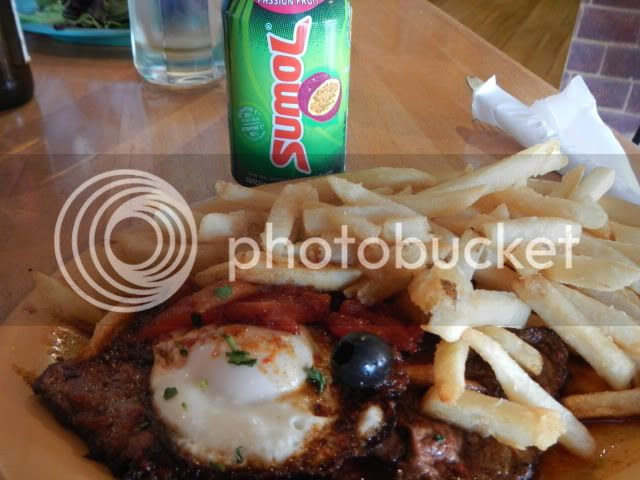 Posted by gourmetsportsman at 11:56 PM