Skeet The Best Way To Practice For The Upcoming Season

Since I had an appointment in the afternoon nearby, I decided to spend the morning at the skeet range once again.  I definitely shot better than I did the last time but nowhere near what I should be shooting with the season just around the corner.  Because I had my station all to myself for my three rounds, I did not, for the most part, follow protocol.  I ended by skipping station 8 entirely for the last two rounds.  For the first time, at least for me, I noticed more side by sides at the clay range.  One shooter appeared to be shooting a Browning, while another, Al, who I spoke with just before leaving, was shooting a F. Rizzini boxlock with 32 inch barrels and a single trigger.  While the set up was not my cup of tea, the shotgun was clearly a beaut.  He had purchased it from an estate for merely $5000.   It was a 12 gauge pigeon gun and he added 28 gauge inserts.  Al let me shoulder the gun and although it had some whacking stock it handled like a dream.  He offered to let me shoot two clays with it but I had, to my chagrin, decline as I had to get to my appointment.  If I meet him again I'll definitely take him up on his offer though.  Before I left he asked my what I was shooting (I had already cased my gun in the trunk of my car) and I let him know that I was shooting my Merkel 20 gauge.  Al was impressed and I let him know I had four total.  He then let me know a little trivia, that Lee Marvin was a Merkel shooter.  In fact that Lee Marvin requested two Merkels before any movie.  If that is true, and considering when he started making that request, I wonder how many Merkels, Lee must have owned in his lifetime.  I also wonder whatever happened to those guns.  Lee Marvin, I liked him then and I like him even more now knowing that little piece of trivia.  Now if only current day actors could be so cool.

A few years ago I had a discussion with a fellow hunter on what was best pre-season practice for wingshooting.  He argued that sporting clays were the ideal game, while I argued that skeet was.  At one time I would have agreed with him but it was my friend Mike who convinced me otherwise.  When sporting clays was first developed, the goal was to mimic the flights of birds seen in the field.  In time the sport became less about mimicking hunting shots and more about trying to deceive the shooter with optical illusions.  Most sporting clay stations have less than realistic flight patterns that would never be seen in the field.  Whereas skeet has every possible shot picture one would ever face while hunting, from going away shots, to left to right crossers, right to left crossers, to incoming shots, among others, are all represented.  Another friend of mine once told me that skeet isn't realistic and that is why he only shoots live pigeons while dog training.  Countering, I let him know that while skeet is not perfect it is there to make sure that your fundamentals and lead pictures are squared away.  Much like a MLB player would go it a batting cage for batting practice.  Batting cages are not the pitches a batter would see during a game but it lets him make sure his hand-eye coordination, his footwork and fundamentals are all solid before he faces "real" pitches.  Skeet is much the same way.  It is there so your fundamentals are solid before facing "real" birds. 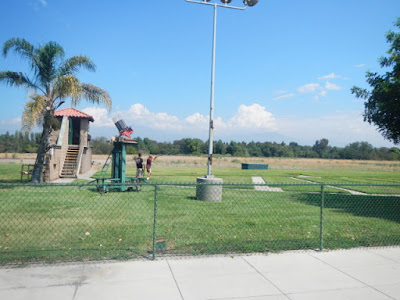 I only shoot skeet and trap now for pre-season practice as they are the most realistic shots I'll see afield.  Its been years since I've over on the sporting clay range.  I shoot clays to get ready for the bird season so I'm not quite sure when I'll ever return to the sporting side of the range.  ﻿
Posted by gourmetsportsman at 8:02 PM