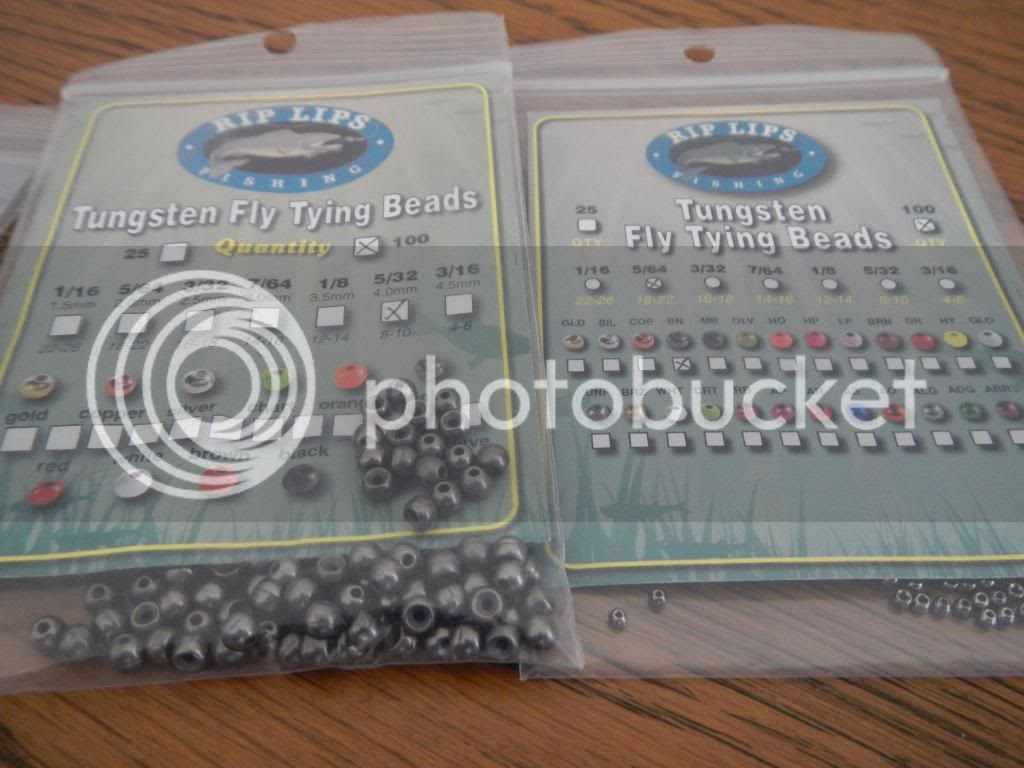 For about a decade now I've been using, despite its high costs, tungsten for various sporting applications from my waterfowl loads (which hurts at over $3 a shot) and my saltwater and bass flies using a conehead.  But for whatever reason I've yet to use them for my beadhead nymphs for trout fishing.  Perhaps one reason is that in the past I've been successful without them so I've just used brass beads.  Another reason maybe that the cost always seemed a bit much for something so tiny.  Also I tend to lose more nymphs than any other flies so I don't like spending too much on material per fly.
It was not until Chul was outfishing me on the Kern that I realized that perhaps its time to join the bandwagon.  Reluctant to pay the going rate at my local fly store, I looked for a cheaper source.  I found Rip Lips Fishing that starts at $12/100.  That is about half that of any fly store.  I was skeptical as to how this company can get away with such a low price.  They must be made in China although packaging makes no mention of place of origin, so they probably ARE made in China.﻿ 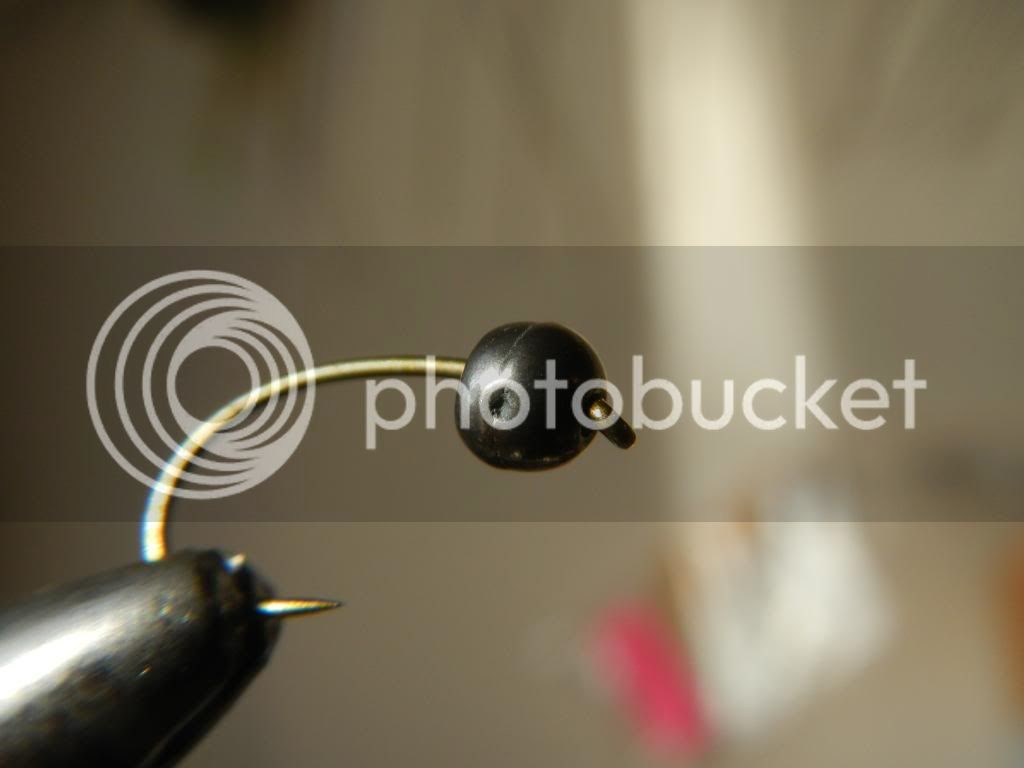 Heads are not completely smooth.  There is a dimple and a seam from the molding process.  Functionally it's probably inconsequential but cosmetically I'd prefer it to be uniform and a lot cleaner.  I bought some gold Waspi tungsten beads of various sizes and all are completely spherical without any seams or dimples.  Of course Waspis are more expensive and made in the US (or Germany depending on the color)  So I'd expect better quality.  We'll see if there is any noticeable difference from these discount beads. 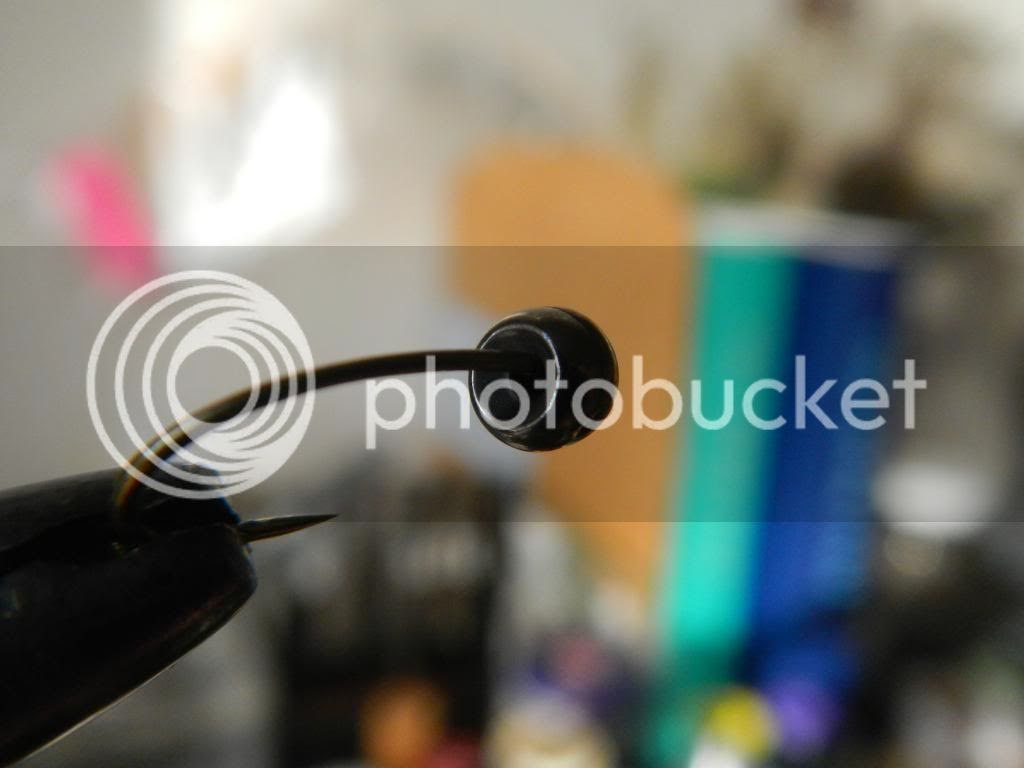 The rear of the beads have concave tapered holes as they should for tying beads.  Early in my fly tying career I once bought some "discount" brass beadheads from a less than reputable fly shop that were obviously not made for fly tying and holes were not different from front to back.  Also it had hard edges that cut tying thread when clipped.  These rip lips beads seem to be without that problem despite the seams from the manufacturing process. 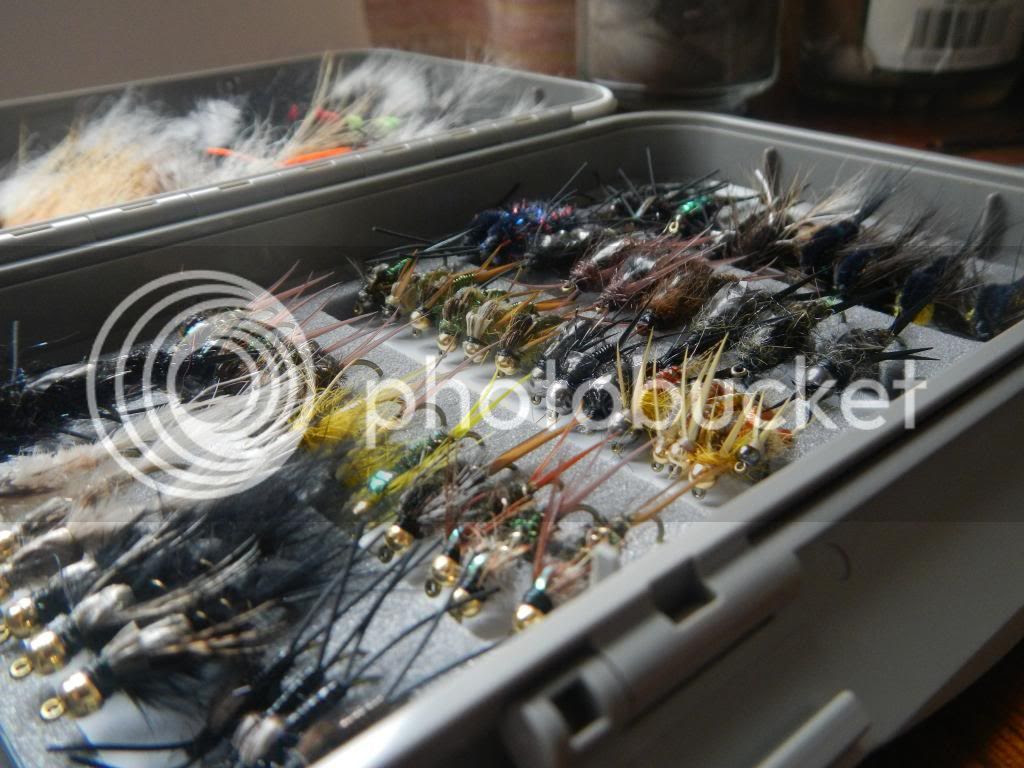 I've just completed my early spring freestone "Skwala" box.  Most are load with Rip Lips black beads or Waspi gold tungsten beads.  All ready for next weekend's trip.  Some of the flies' thoraxes are doubled up on 4mm beadheads so they should sink quite quickly. 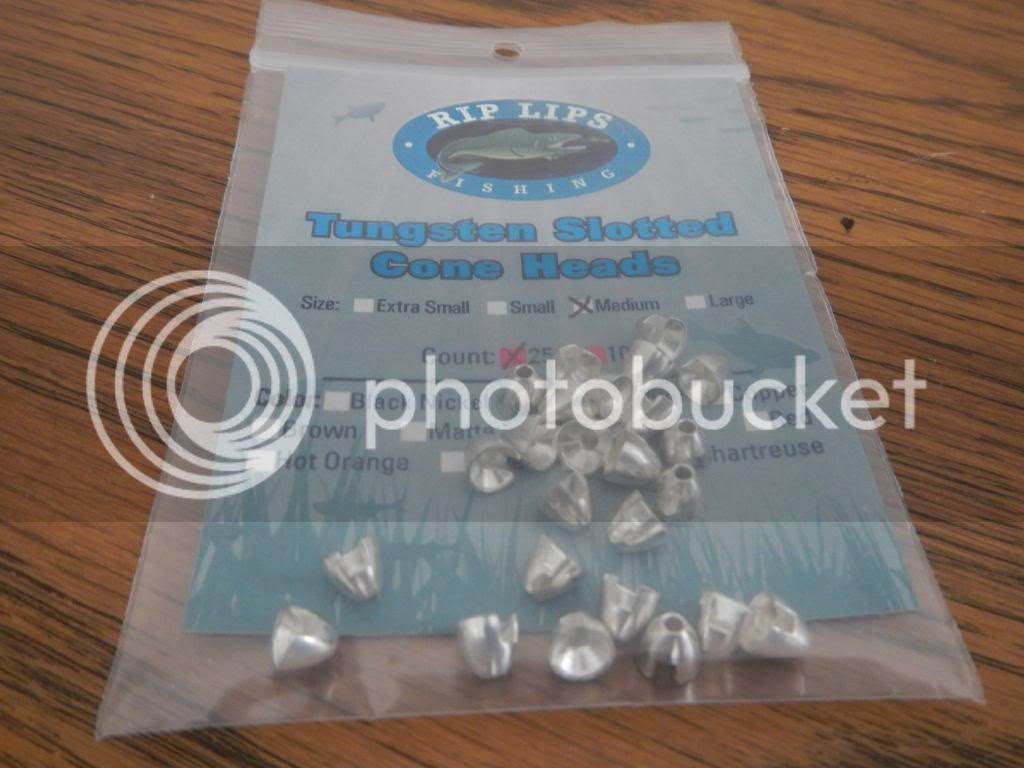 I picked up some slotted coneheads as well.  I'll have to weight them against my other tungsten coneheads to see if there is any difference.
Posted by gourmetsportsman at 6:29 PM