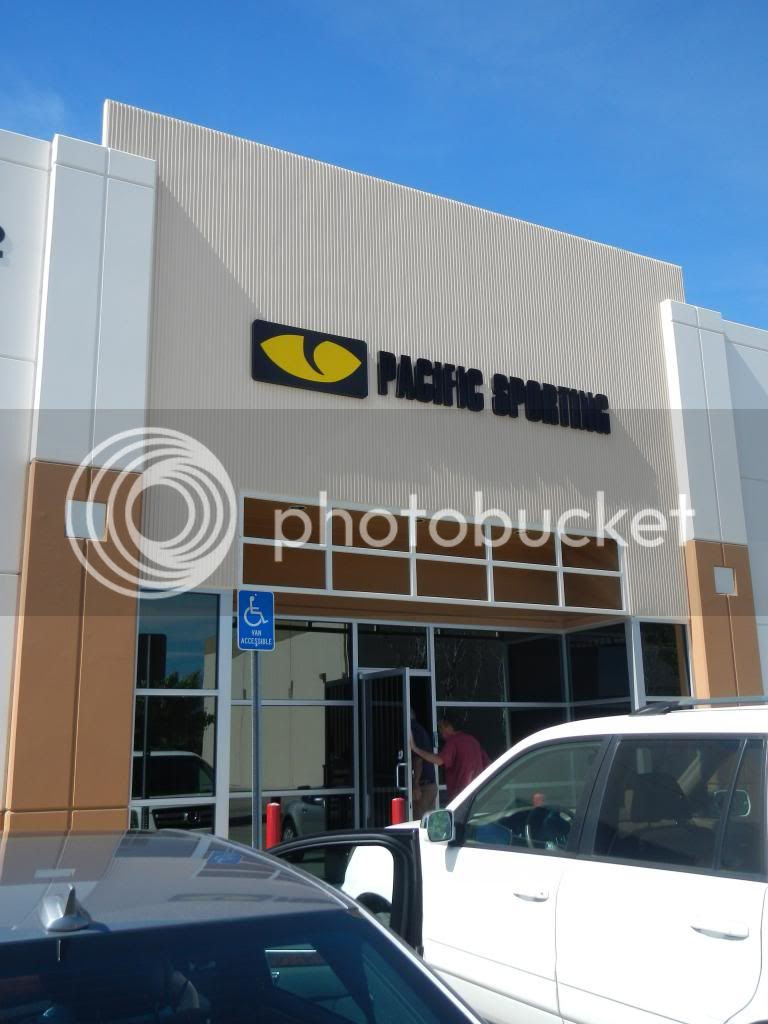 Today was the grand opening of John Herkowitz's Pacific Sporting Arms.  The old man and I  just got back from the new location just down the road from Perazzi's US showroom.  The store is nice with plenty of room for all the guns John wanted to stock but had no room for at this last location.

John once told me he would like to carry more rifles but didn't have the space for it until now.  Today he had several from double rifles to repeaters mostly of Teutonic origins (Blaser, Ferlach, Sauer and Kreighoff among others) from 308 to 500NE.  The majority of guns in his old store were more competition and clay based so its nice to see John is now stocking more hunting related guns than before as well.  He had side by sides in stock including several from Grulla, Simson, and Holland and Holland among others.

Like  Jerry and Jim's store Ivory Beads (now closed), this store is a place to hang out a shoot-the-shit with the boys.  It even has a lounge to have a beer or rest your legs.  PSA is now loaded with various fine guns and all the accompaniments that go with them.  I imagine I'll probably be spending a lot of time here as John depletes my savings account.

The Blaser and Perrazi reps were on hand to answer questions and help sell their guns.  I wanted to talk to the Blaser but since he was helping another customers with a F3 shotgun I had no time to talk rifles with him.

It looked like an excellent turnout with several people filling out their DROS paperwork.  So I wish John the best of luck as he is a good man and with any luck I'll win the raffle (even though I didn't care for the gun but that's okay if its free).﻿﻿﻿﻿﻿﻿
Afterwards it was time for lunch and a quick drive to Rosemead for some Islamic Chinese cuisine.

﻿﻿
Posted by gourmetsportsman at 5:34 PM